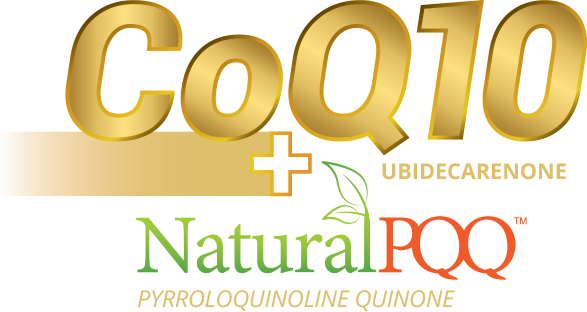 In the past decade scientists have begun to understand PQQ’s importance to human health. PQQ might be best described as the defender and protector of the body’s energy-generating mitochondria. Not only is PQQ an extremely potent antioxidant, PQQ is unique in it’s ability to initiate the development of brand new mitochondria! When combined with CoQ10, PQQ may provide the best combination to promote Concentration, Memory and Mental Sharpness.

PQQ is the newest discovered essential vitamin, it was virtually unknown until 1979. By 2003 Science was beginning to truly understand PQQ’s importance and suggested that it may belong to the B Vitamin Family. Mitochondria are considered the engines of our cells, they give our cells the power to keep life going, a car without an engine is not going to take you very far. Our cells without mitochondria cannot keep our bodies functioning. What does this have to do with PQQ?

According to a University of California at Davis study, PQQ is 30 to 5,000 times more efficient in sustaining mitochondrial energy production than the other common antioxidant compounds!

If you are not yet convinced of PQQ’s importance, in 2010 the science world was shocked when researchers discovered that PQQ besides safeguarding our mitochondria, also stimulated mitochondrial biogenesis, in other words-the development of brand new mitochondria, brand new engines for cells!

As we age free radical slowly break us down and cellular repairs become weaker and weaker. Joints become less cushioned, skin losses it elasticity and brain cells slowly lose their cognitive function-memory, recall, ability to learn new skills. In one study, researchers found evidence of 50% more mitochondrial damage in the brain cells of people over 70 compared to those in middle-aged individuals. Pretty discouraging, right? Well hold on- According to a 2007 scientific review in Current Opinion in Clinical Nutrition & Metabolic Care, age-related mitochondrial dysfunction can be reversed. CoQ10 & PQQ work together to support, protect and establish mitochondrial repair and new mitochondrial production! In 2009 researchers concluded that combining CoQ10 and PQQ amplified both compounds and may support the reversal of age-related cognitive damage!

Every year now it seems that new, exciting, revolutionary data in regards to PQQ’s significant roles within the body is established. Including recent studies indicating PQQ’s role in heart health and further data further proving PQQ’s neuroprotective effectiveness. As more is discovered regarding PQQ, it’s importance in providing optimal health and slowing the negative effects of age will grow in awareness and confirm that PQQ is becoming a prized addition to everyone’s dietary supplement must have list.